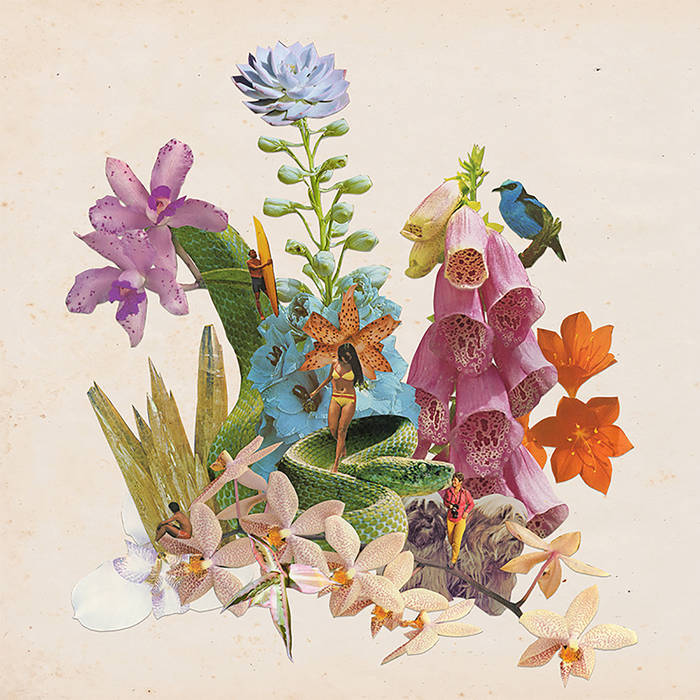 Summer of 2011. In the dense forests of the Olympic Peninsula, I lay on an uprooted mossy giant, bathing in the leaf-filtered sunlight and sharp echoes of bird calls. From the nearby trail I hear a faint repetitive rhythmic chime advancing forward, swirls of South Pacific strings becoming more apparent with every passing second. A beautifully eerie psychedelic loop of island instruments and hip-hop percussion pouring from one of twenty-something cargo pockets hanging loosely around a friends’ legs.

Still lying high in the air on that bed of orange and brown, my eyes open and I’m instantly consumed by this new summer soundtrack. Since the release of Monster Rally’s “Deep Sea EP”, his classically sampled exotica loops have been a staple of summer adventures and hangouts.

In late 2016, Monster Rally released yet another collection of these charming loops in the extensive Mystery Cove LP, and we’ve been saving this one specifically for summer.

“Mystery Cove, is a soundtrack to an imaginary movie both fit for the vaults of TMC and primed for a grindhouse exploitation flick screening. Mystery Cove contains a narrative arc of young lovers on an island getaway. As the grooves spin, Monster Rally reveals a cabalistic presence in the jungle that leads them on an adventure of surf competitions (“The Big Surf”), voodoo terror (“Tourismo”), and plenty of slushy cocktails (“After Hours”). The occult meets the salt-rimmed rum mix on Mystery Cove.”

So sit back, relax and enjoy as Monster Rally takes us on that exotic voodoo-infused journey.

Seth  has been involved in the Pacific Northwest electronic music scene for years, as a member of Go Periscope and several other projects. In 2015, he became part of the Café Chill team, taking hosting and curation duties.